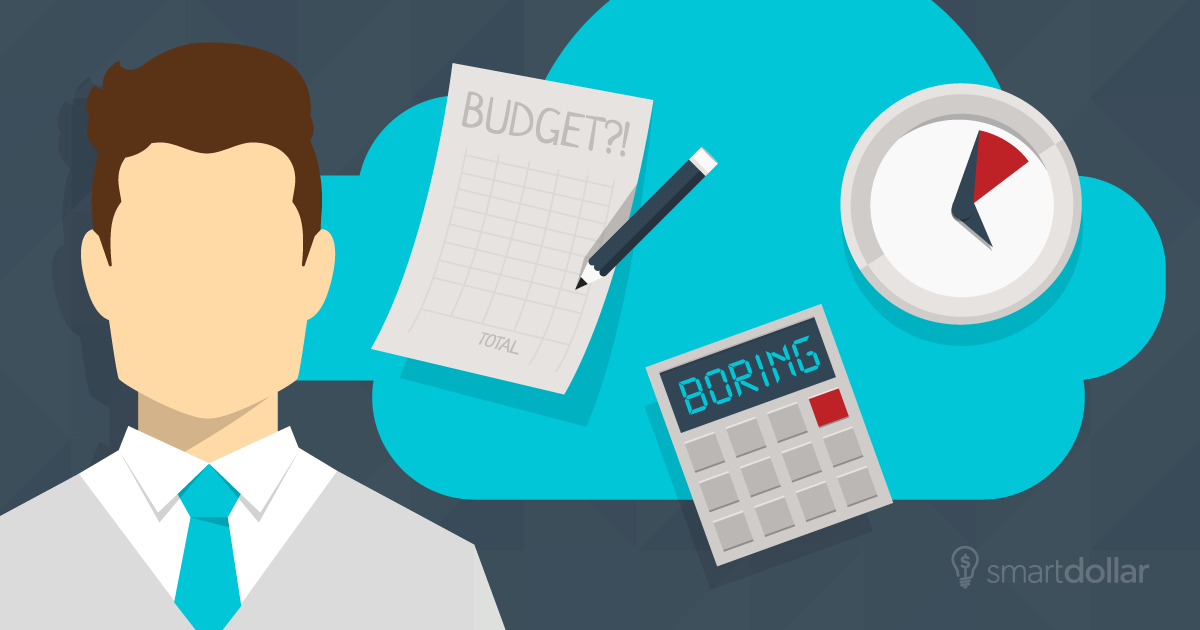 Have you ever felt like you’re too old or too young or just too plain tired and busy to try something new? Then, once you actually gave it a whirl, you realized how much you enjoyed it?

If so, you’re not alone. We tend to easily buy into lies—ahem, excuses—when we’re scared to try something for the first time.

Budgeting is no exception. Too many people are scared to budget, even though they’ve never really given it a chance. So if you’ve been telling yourself one (or all) of these budgeting myths, we’re here to set the record straight.

If you’re smart—and, let’s be honest, you’re smart—then you’ll let go of these myths, excuses and misunderstandings, and you’ll take control of your money.

For the first few months, you might spend a couple of hours a month getting your budget down. After that, it’s pretty much smooth sailing. You’re simply plugging in numbers and letting math do the rest.

So if you’re currently not doing a budget because you “don’t have the time,” then your priorities are out of whack. Because if you’re too busy to make your money situation a higher priority, then we would be curious to see what you do have the time for.

You’d be amazed at how many grown adults don’t make a budget every month because it’s “boring.” You know what else is boring? Credit cards statements. And bankruptcy court. And collector calls. . . . Actually, those aren’t very boring.

If you’re a free spirit and can’t stand the thought of putting a budget together, take a breath. You can do this. Once you get the hang of it, making a budget isn’t all that bad.

3. Making a budget is difficult math, and I hate math.

This isn’t rocket science. If you can do basic third-grade math, you can make a budget. You have your income and your outgo, and they need to equal zero. Hey, it’s a poem!

Seriously, this is a really lame excuse. Don’t stay away from the budget because “the math is too hard.” It’s not.

If you can seriously do a zero-based budget in your head every single month, we’ll assume you are the most brilliant person on the planet. Could you please help our government make a budget?

A budget in your head isn’t a budget. It’s just a kinda-sorta-I’ve-got-a-vague-idea-of-what-I-spend deal-ish thing. To work, a budget needs to be tangible—something you can track every month. Besides that, if you’re married and doing a budget in your head, then only one of you is involved in the decision making, and that’s a definite no-no!

5. I budget by keeping track of every thing I spend.

That’s a start, but it’s not a budget. Because when you only track spending, you’re just looking at the past and never looking forward.

Your budget is your plan for the upcoming month. You’re planning the money you haven’t spent yet. When you keep receipts or use your online banking to see what you spent last month, you’re doing just that—looking at last month. Look forward and back—not just one or the other. If you’re already tracking your spending, the budget is just a natural next step. It should be easy for you.

Don’t let budgeting myths you’ve believed in the past keep you from focusing your money on what matters.