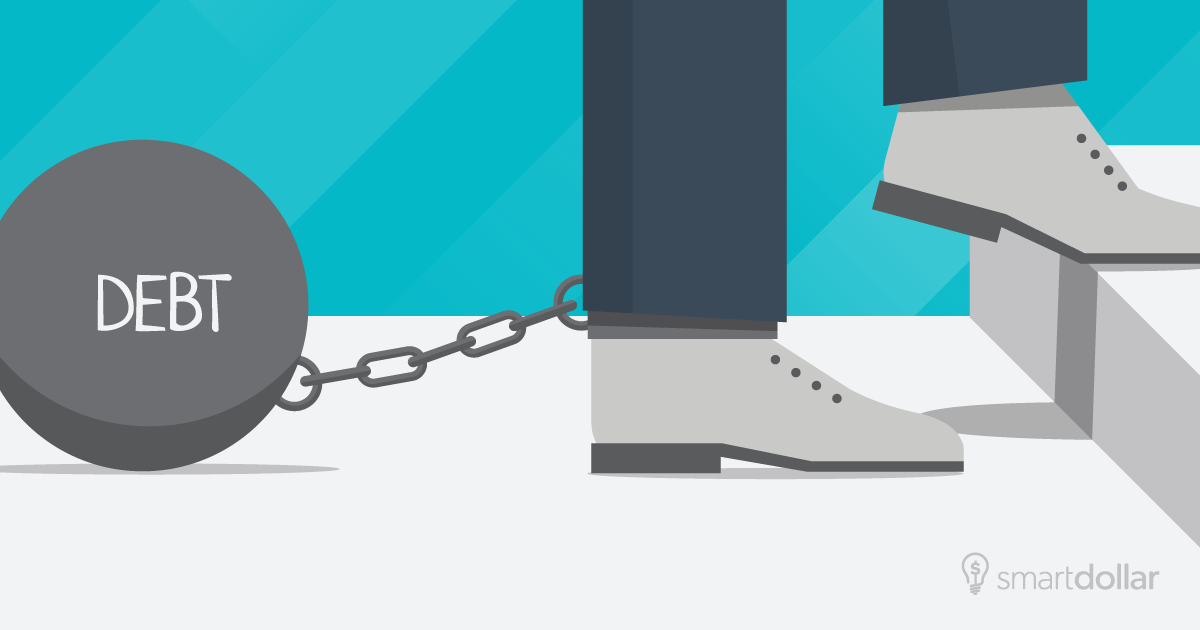 Do you remember the moment you decided to get out of debt?

You were sick and tired of being sick and tired. You might have even gotten angry at being in debt. Eventually, the burden and the stress of the constant bills and piling debt broke you down. Something inside you clicked, and you decided it was time to make a fresh start.

But what keeps people from getting out of debt? Why would someone want to stay in chains instead of living in freedom? Sadly, there are all sorts of reasons people choose MasterCard over being free from debt.

Here are just a few:

1. They want to keep up appearances.

This is the dreaded “keeping up with the Joneses” mentality. But little do you know, the Joneses are the most broke people in the neighborhood. They have a leased BMW, an underwater mortgage, and an unwelcome visitor named Sallie Mae living in their basement. And if you’re not careful, you’ll be following their example straight into a lifetime of debt.

2. They are unwilling to sacrifice.

Here’s the question: What are you willing to give up to get out of debt? Could you give up cable or going out to eat three nights a week? If you’re in a lot of debt, something in your lifestyle has to change. It’s about prioritizing your wants vs. needs.

If you’ve always used a credit card, and if you always had car loans, then you know what to expect. The unknown can be scary. We can promise that you have a lot more to fear if you stay in debt, rather than if you make this change in your life.

In other words, they’ve bought the myth that you are what you own, and they simply can’t get enough. The more they have, the more powerful and confident they feel. But it’s all a fraud. They can’t afford that stuff and, eventually, it’s going to weigh them down. Their addiction to debt will, at some point, cause a financial heart attack .

Sometimes people have been in debt for so long that getting out under a pile of $50,000 in credit card bills seems impossible. But it isn’t. Getting out of debt isn’t easy. It takes a lot of hard work and discipline. But it’s definitely not impossible. You simply need a plan.

Related: The Simple Way to Make a Budget

Every day, people are making the decision to get out of debt and change their lives. They’re ready to sacrifice and get rid of their fear of change or their addiction to stuff.

If you haven’t made that decision yet, what’s holding you back?