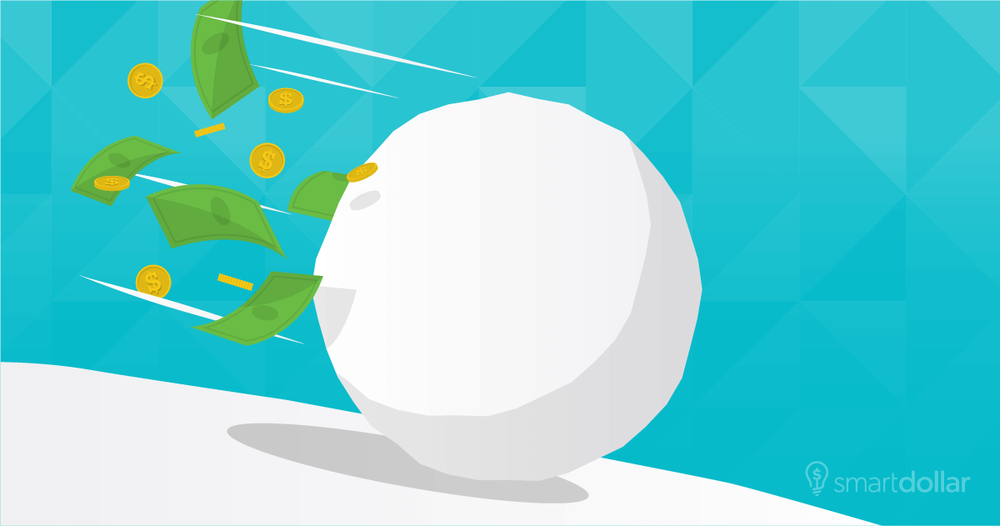 When you were a kid rolling a snowball in the backyard, the best way to do it was to pack some snow into a tight ball, then start rolling it through the yard. Your snowball would become a snow boulder much quicker than it would if you just built it up by hand.

You start by paying off your smallest debts first, then you gain serious momentum along the way. Before you know it, what once seemed impossible turns into a giant accomplishment!

Here’s how it works:

Once you’re on Baby Step 2—that means you have your $1,000 starter emergency fund saved up—list your debts smallest to largest by amount owed. Don't worry about interest rates. Right now you’re not concerned if one debt has a 2% rate and another one has a 22% rate. Just list them in order, smallest to largest.

Pay minimum payments on all of the debts except the smallest then attack that debt with a vengeance. Once it’s paid off, take the money you were putting toward that debt, plus any extra money you find, and attack the next debt on the list.

Once it’s gone, take that combined payment and go to the next debt. Knock them out one by one.

Let's say you have the following debts:

After listing your debts in order from smallest to largest, begin by making the minimum payments on everything except for the medical bill. You’re going to attack this one with all you’ve got. That means you won’t be eating out or hitting up the latest movie—you’ll be throwing every spare dime toward your debt.

Once the medical bill is gone, keep moving forward. Now you’ve freed up extra money to apply to your credit card bill. Once you’re finished with that, focus on the car loan, and once it’s wiped out, go crazy on Sallie Mae.

Before you know it, this seemingly insurmountable debt of $30,000 will be gone! And you’ll be free!

Here’s why it works:

The point of the debt snowball is behavior modification. In our example, if you start paying on the student loan first because it's the largest debt, you won’t see it leave for a while.

Pretty soon, you’ll lose steam and go back to making the minimum payments.

When you ditch the small debt first, you see and feel progress. That small, nagging debt is out of your life forever—and you begin winning! By the time you’re paying the bigger debts, you have so much more cash freed up from paying off the earlier debts that it creates a snowball effect. You are putting hundreds of dollars a month toward your bills instead of a few bucks here and there.

The point is this: When you see your plan actually working—your snowball actually growing and gaining momentum—you’ll stick to it. And by sticking to it, you’ll eventually succeed in becoming and staying debt-free.