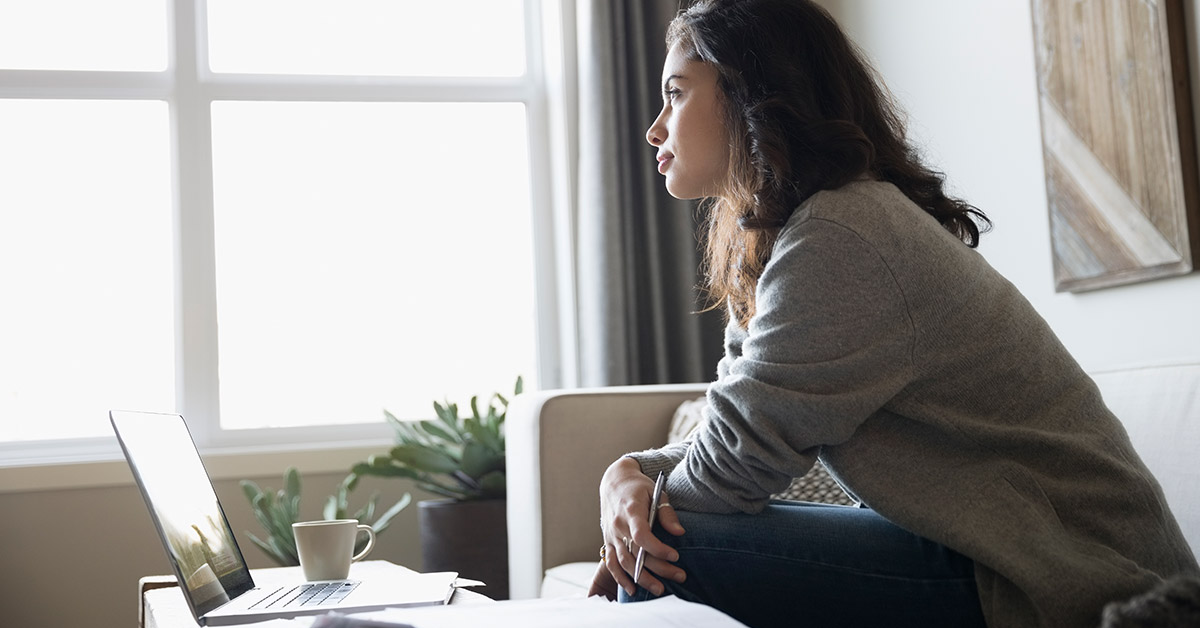 The overall picture isn’t pretty. Look at retirement for example. The Center for Retirement Research at Boston College in 2018 revealed half of U.S. households are “at risk” of a drop in living standards upon retirement. (1) When retirees have to cut back after the paychecks stop coming in, it’s a sign they were living paycheck to paycheck during their careers.

In an understandable attempt to help shore up the retirement situation, many businesses over the past few decades have chosen to place employees in 401(k) accounts by default through auto-enrollment (AE) plans. While many assume that not investing is the problem, that’s a misreading that overlooks a deeper issue.

The Misleading Idea Behind Auto-Enrollment

The share of large employers adopting auto-enrollment has recently doubled from 34% in 2007 to 68% today. (2) There’s an easy logic to the idea that if you put everyone into a retirement plan, you can improve their odds of being in good shape to retire by the end of their career.

And many companies opt for auto enrollment because it’s the “set-it-and-forget-it” answer to this retirement question. Not surprisingly, using auto enrollment does result in 85% participation levels, an impressive spike from the 66% of eligible employees who participate in non-AE plans. (3) What makes auto enrollment seem even sweeter is that the average four-year,  auto-enrollment participant does end up with around $3,000 more in contributions than the average worker who has to sign up on their own.

The appeal to convenience and slightly higher balances has created an illusion of security for too many businesses. But the surface advantages of auto enrollment are more than offset by the unintended consequences.

The Downside of Auto-Enrollment Is Higher Levels of Debt

So how do we reconcile the growing popularity of auto enrollment and its higher balances with the above report that so many are still at risk for a rude awakening in retirement? Hiding behind those higher auto enrollment balances is an ugly pile of even higher debt.

A 2018 report from Alight Solutions LLC revealed people who are automatically placed in a retirement plan are far more likely to take on car and mortgage debt. (4) Instead of helping employees prepare for retirement, auto-enrollment programs often set workers way back.

The study examined nearly 60,000 employees, comparing the savings and debt habits of those who were hired before the introduction of AE with those hired into auto enrollment. Here are a few of the report’s findings about the second group:

These behaviors refute the assumption employers often make—that registering their teams to invest whether they want to or not will somehow cause them to get smart with their money in other areas like budgeting and debt reduction. Unfortunately that’s not the way human behavior works.

Instead of imposing an investment on new hires they may have zero understanding of, it’s a much better plan to address the underlying behaviors around debt and spending.

Behavior Change Is the Prerequisite for Real Financial Wellness

Most employers realize it makes good business sense to acknowledge the issue of financial wellness with a workplace benefit. But far too many settle for set-it-and-forget-it fixes like auto-enrollment. This misses the heart of the matter, which is the urgent need for behavior change.

In order for someone to buy into any goal or vision, it’s essential that it be personal to them. They need to be drawn into the bigger picture of how the goal will help them if they sign on. Applying this principle to financial wellness, it’s obvious that those who are automatically enrolled in a retirement plan feel zero ownership of the stated goal of doing better with their money. At best, they’ll have a shallow sense of security and little understanding of the issue. But they’ll continue to live without budgeting, heavily in debt and unable to commit wholeheartedly to the plan.

Imagine employees who enroll in 401(k)s simply because they want to. Right off the bat, they have more buy-in because it’s something they’ve chosen for themselves.

What likely brought them there? People don’t usually make such a commitment until they’ve been persuaded to believe in the following ideas:

It’s time to give workers the kind of motivation and inspiration that will help them leave debt behind, move confidently with their money, and voluntarily begin long-term investment.