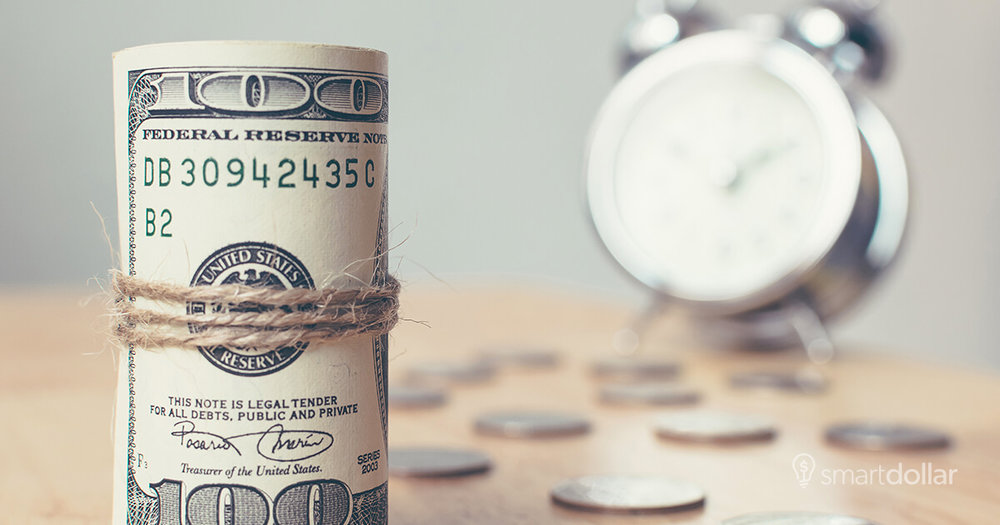 In the minds of many, age 65 has become a synonym for retirement. But where did that association come from? And why should 65 be a better time to retire than 60 or 50?

Sixty-five probably sticks in our minds because of what happened in 1935. That’s the year Congress passed the Social Security Act and defined 65 as the age when retirees could get full benefits. Ever since then the number has taken on a Golden Years glow.

In actual practice, there’s no law requiring you to retire at 65. You can stop sooner or later than that, because retirement is defined far more by your own plans and habits than it is by your age. Remember that as you think about when you’d like to retire.

In case you’re beginning to feel a strong itch to retire really soon, say five or ten years from now, there are ways to make that happen. Your ability to do it will depend on where you stand today and how you handle your money in the next few years.

Let’s imagine a couple of different retirement scenarios and consider the steps people in each profile would need to take to be able to retire with confidence in the next decade.

Philip is 55 and he’s hoping to retire in ten years. He didn’t start out his career earning much, but he did have the foresight to begin investing in a retirement account right away—a habit he’s kept up for 30 years. Because he’s always been debt-free and has enough emergency savings to cover six months of living expenses, he’s investing the widely-recommended 15% of his income that gives him the best shot at a healthy retirement.

As a result of those moves, he’s getting close to making his retirement dreams a reality. He already has well over a million saved, and with ten more years of savings and compound interest growth ahead, he should have no trouble clearing two million or more in retirement.

There are a couple of steps we’d recommend Philip be sure to take during the rest of his working years to be sure he hits his goals:

·       He shouldn’t let up now on continuing to save for retirement. It might feel tempting to ease up now that he’s a millionaire, but he and his wife have some pretty big ideas about traveling when he’s done working. Philip’s already in the habit of saving anyway, so why not keep a good thing going and watch where it goes?

·       Philip’s kids are already out of college. Now that he’s locked into a 15% savings rate for his nest egg, he should be sending all extra disposable income beyond that amount toward paying off his mortgage and becoming completely debt-free. If he gets busy on Baby Step Six now, it’s likely he’ll have it paid off before he turns 65. It’s going to feel great to retire with absolutely no payments, plenty of money and the power to give it or spend it anyway he wants.

Debt in Your Fifties?

Violet, 52, really wants to spend more time with her grandkids. So naturally she’s looking forward to retiring as soon as possible. The good news is that she is earning $60,000 a year. The trouble is she’s deep in credit card debt—$15,000 to be exact! To confuse the situation even more, she has followed a somewhat backwards plan of investing before getting out of debt.

Now she wants to know the best strategy to get out of debt and retire with dignity. Here’s what we’d recommend:

·       After getting a basic $1,000 emergency fund in place and covering monthly expenses, it’s time for Violet to pause investing for retirement and get out of debt immediately! Nothing slows down your financial dreams like debt. And depending on Violet’s interest rates, the cards could end up costing her additional thousands in fees and penalties.

·       She should use the Debt Snowball method and list every card balance on paper from smallest to largest. While sending minimum payments to the larger cards, she needs to throw every extra dollar of income at the smallest one until it’s gone and roll that payment onto the next largest. With her income, she should have no trouble paying them all off in about a year.

·       With the credit cards out of the way, Violet will need to build up an emergency fund big enough to handle three to six months’ worth of living expenses. That’s the only way to guarantee her nest egg will survive when she needs to pay for an unexpected car or home repair.

·       Having reached Baby Step Four in the right order this time, Violet can confidently resume sending 15% of her income toward retirement. She probably didn’t like pausing investing for over a year, but it was a very wise move. She already had $100,000 saved in her company 401(k) when she stopped last year, so at least she isn’t starting from zero.

Now that she has her finances in pretty good shape and depending on how much she needs, it’s realistic to think Violet could retire sometime between five and ten years from now. Investing 15% of her income would mean $9,000 annually. Added to her original nest egg for five years at a 12% return, she could come close to $250,000 by age 58. By working five more years and investing at the same rate, she could clear over half a million by 63. Going all the way to 65 would get her all the way to $655,000.

The Timing and Size of Your Retirement Is Up to You!

As you can see, the timing as well as the dollar value of your retirement is largely in your own hands. Not everyone had the foresight or opportunity to jump right into investing 15% of their income at age 25. All kinds of things can come into play, from debt to huge life events to prevent people from starting to invest. The thing to keep in mind is this: it’s never too late, nor too early, to get ready for retirement. And even if you’re ten years or less away from finishing your career, you can retire on time with plenty to live on. You have the power to make it happen, regardless of your circumstances!

Log into SmartDollar to learn more about saving for retirement. Take the online wellness assessment to find out where you stand today! If you’re interested in bringing SmartDollar to your organization, click here for more information.