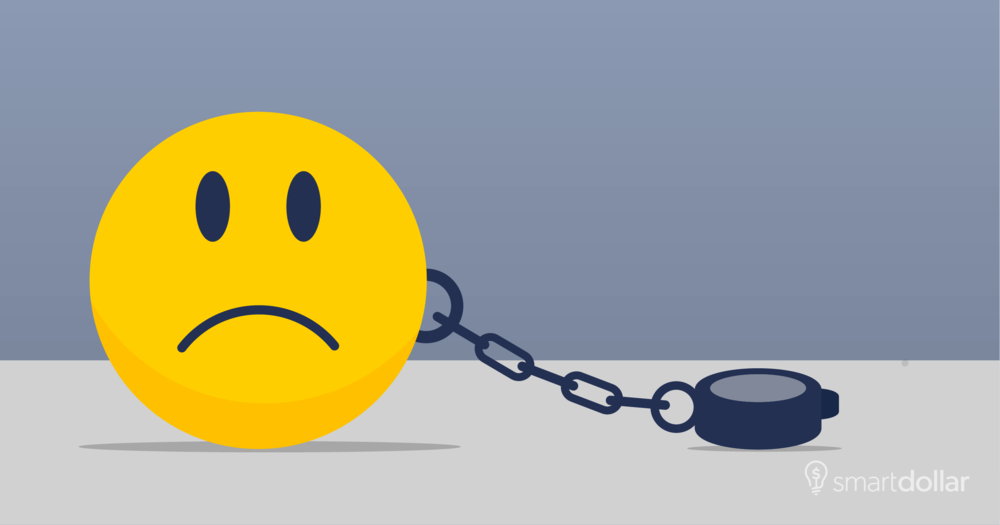 Have you seen the latest numbers on debt in America?

The borrowing totals are getting pretty steep! Through the second quarter of 2017, the Federal Reserve Bank of New York’s Quarterly Report on Household Debt and Credit showed total household indebtedness reached $12.84 trillion, up $114 billion from the first quarter. (1) That’s the highest aggregate debt level since the previous peak Americans hit in the third quarter of 2008 just prior to that year’s global financial crisis.

If that scope seems a bit too large to wrap your head around, here’s a smaller number that might bring it all home for you. The same report stated that from April to June 2017, 224,000 consumers had a bankruptcy notation added to their credit reports, roughly the same number as in the second quarter of the previous year. Nearly a quarter of a million Americans succumbed to bankruptcy this spring.

Spiraling debt is obviously a problem, but it’s growth is also somewhat understandable. After all, Americans have been subject to a persistent myth that while some debt is problematic, other kinds of debt are smart or good. Today we’re going to dispel the idea that debt can ever be good.

When it comes to debt, we want you to leave it all behind you as fast as possible. Almost no other money habit can do as much damage to your long-term financial wellness as lingering debt.

Think about it. Failure to cope with debt sends thousands of Americans into bankruptcy annually. And even if that kind of extreme outcome isn’t on your own radar, whatever debt you have is still stifling your financial progress. For every month you spend in debt, you’re sending out a portion of your hard-earned pay to cover not just the principal, but also the interest on your loans. Instead of taking advantage of compound interest in your own favor through investing, you’re being forced to pay a penalty to a lender. That’s money you could (and should) be using on things that matter a lot—like saving for your children’s college or planning for your retirement.

But you might be thinking, what about the vehicle I use to earn my income? Or the school loans I took out that allowed me to enter my dream career field? Or the house I live in that makes it possible to pursue my dreams at all? Aren’t those good things that justify a little debt here and there?

Well let’s take a look at some of those popular kinds of “good” debt and see what’s propping them up.

In today’s marketplace, the home mortgage might be the most popular version of the “good debt” myth. After all, you can get a tax write-off for the interest you pay. And as loan officers are quick to remind you, homes usually appreciate in value—and that means you’re “leveraging” debt for a big payoff down the road. Who hasn’t heard that line of reasoning?

Let’s keep this really simple. Of all the different ways to take on debt, this one’s probably the most understandable—but it’s still risky! Claiming a mortgage is good debt depends on a couple of BIG ifs. The reality is that while many homes do rise in value, they can also drop. Depending on market circumstances, it’s even possible to end up owing more on a mortgage than your home’s assessed value! Not to mention those big, unexpected life events that can leave you unable to pay your bill.

Ignore the hype and realize this is another kind of debt with plenty of risk attached. We recommend the 100%-down plan. To see more of the smart approach to home buying and a fuller breakdown of mortgages, check out our guide for first-time homebuyers.

Most of us have fallen for the “you can’t have a car without a note” scam at some point in our lives. This is another debt myth that doesn’t stand up under scrutiny.

Ever had a vehicle break down so often it feels like the only way to avoid future repairs is to get something brand new? But a new car’s way more than you can afford in cash.

Fortunately, there are plenty of dealerships full of salesmen more than willing to help you finance your dream ride. Once you see the monthly payment amount, you can trick yourself into looking only at the short-term benefits and ignoring the long-run costs.

Here’s the painful truth. The typical midsize sedan loses more than $7,419 of its original value in its first year on the road. (2) That’s like landing in a ditch on your first joy ride! And a car’s value continues dropping the longer it’s driven. In the meantime, those monthly payments that sounded so affordable at the sales lot begin to feel exorbitant. Some people even get upside down on a vehicle loan!

Don’t fall for the car con. Instead set up a car fund line item in your budget and pay cash for something used and reliable.

The chances are either you, your spouse or your child have been told it’s impossible to attend college without borrowing, or student loans are a wise investment, or that a degree is so important to your career that no level of debt is too high.

How’s that working out for Americans? Student Loan Hero reports the average college graduate today leaves school owing $37,172 in student loans, a six percent uptick from the previous year. (3) Comparing that figure to the $50,000 average starting salary for a 2017 college grad, we find the average young worker starts their careers owing the equivalent of three-fourths of their first year’s pay to lenders. (4)

When it comes to college degrees, there are far smarter ways to pay than with loans.

Tired of sending a big chunk of your monthly income toward payments and looking for a smart solution? We have a proven plan for getting out of debt. If you’re a SmartDollar enrollee who’s working your Debt Snowball, you can watch the lessons on demand to keep you moving forward. Whether you’re eliminating your debt, building up an emergency fund or moving toward investing, every bit of motivation helps!

Don’t have a SmartDollar login? Contact your HR department for info on how to enroll or read more about bringing SmartDollar to your company here!