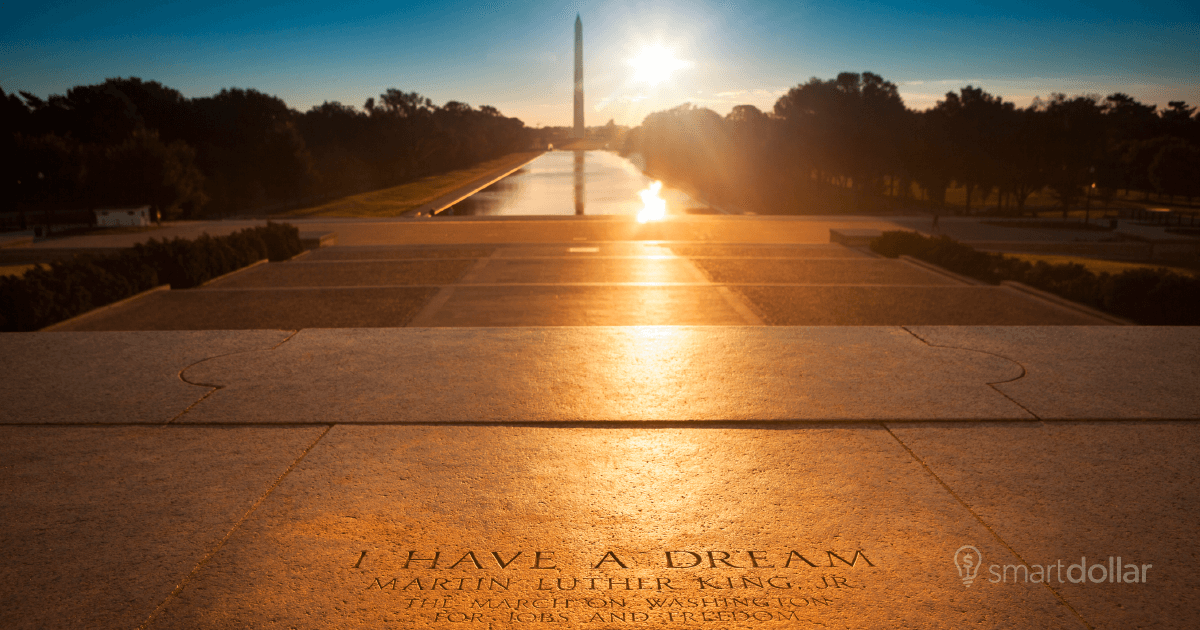 Born on January 15, 1929, Martin Luther King, Jr., is best known for his activism in the civil rights movement in the late 1950s to the late 1960s. As a minister and civil-rights activist, his leadership made a tremendous impact on race relations in the United States.

We owe a lot to King. For more than half a century, his words have embodied hope and inspired millions of people to act. Our lives are better today because of his actions and leadership.

While King continues to be remembered for his powerful “I Have a Dream” speech delivered in 1963, he was also awarded the Nobel Peace Prize in 1964. His efforts were pivotal in the creation of the Civil Rights Act of 1964 and the Voting Rights Act of 1965.

His work has made a lasting impact on the United States.  His life and passion have been honored with a national holiday the third Monday of January. There are numerous schools and public buildings named after him, and in 2011 the Martin Luther King, Jr. Memorial opened in Washington, D.C.

King was assassinated on April 4, 1968, at the Lorraine Motel in Memphis, Tennessee. But during his short life, he had a lot to say. Here are some of his most memorable quotes—words that have inspired countless people toward action.

• Faith is taking the first step even when you can't see the whole staircase.

• Our lives begin to end the day we become silent about things that matter.

• Life’s most persistent and urgent question is, “What are you doing for others?”

• Injustice anywhere is a threat to justice everywhere.

• In the end, we will remember not the words of our enemies, but the silence of our friends.

• I have decided to stick with love. Hate is too great a burden to bear.

• Love is the only force capable of transforming an enemy into friend.

• We must accept finite disappointment, but never lose infinite hope.

• The time is always right to do the right thing.

As you consider the days ahead in this new year, find inspiration for life—and even for your finances—in these quotes.

Which of these Martin Luther King, Jr., quotes is your favorite?