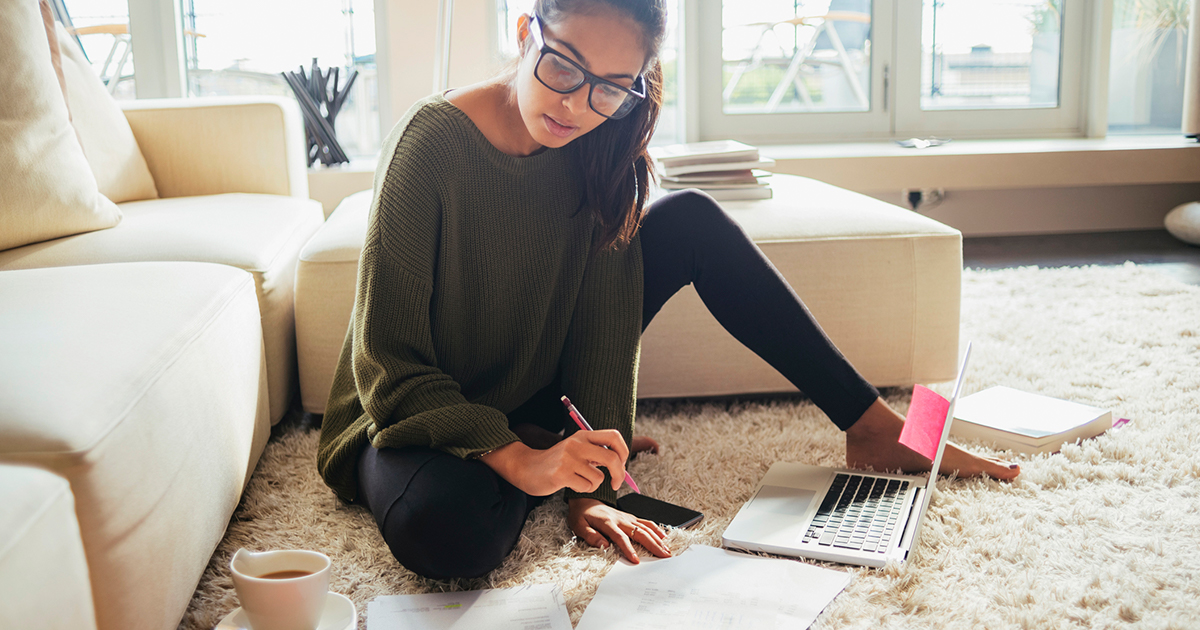 Have you given much thought to what life’s gonna be like when you retire?

Maybe you want to spend all day, every day with your grandkids. Or take those trips around the world you’ve been dreaming about for years with your spouse. Or will your typical day in retirement be nothing but fishing at the lake or reading a good book?

Whatever your fancy is, it’s fun to dream. And for some, working out the financial details of how to make it all happen is something they just love!

But maybe that’s not you. Maybe you’re one of the millions of Americans who are so anxious about how they’ll survive in retirement that they don’t even like to think about it!

Here at SmartDollar, we’ve met many people who feel that way. And we know what it’s like wondering how (or if) it’s all going to work out. If that’s more your situation, here’s hope: We’ve got a simple plan that’s helped millions of people nationwide! We can show you how to get your money in order and bring your retirement dreams into sharp focus. And getting on the right track usually doesn’t take as long as you might assume!

Sound like a plan worth your time? To really get going on your retirement dreams, there are three small steps you need to take first. Let’s walk through them together.

The reason this one’s so huge is because it’s so . . . small. No, really! The beauty of this little starter emergency fund is its size and speed. By taking on a temporary part-time job or selling extra stuff in yard sales or online, most people only need a month or two to save $1,000. That’s a quick win! It just feels great to know you’ve taken your first big step toward a better future. And once you have a grand in the bank to protect you from emergencies like car repair or unexpected dental work, you’ll have something more—a sense of hope. It’s just enough money to keep you from turning to debt when the unexpected happens. And speaking of debt . . .

2.    Pay Off All Your Consumer Debt (Everything but Your Mortgage)

Step two is another essential one as you get in shape to take on retirement. All debt is bad—with the possible exception of the right kind of mortgage. The longer you have credit cards, school loans or car notes, the harder it becomes to make progress on your financial future.

Just like step one, getting out of debt involves the power of quick wins. We call it the Debt Snowball Method. This method gives people a series of small wins that add up to an overall feeling of momentum. Here’s the way it works:

Do you see why we call it the Debt Snowball Method? When this thing gets rolling, your sense of hope grows as your debts disappear. If you’re in debt, there are only a couple of reasons you might need to pause your Debt Snowball: if you’re expecting a baby, if you unexpectedly lose your job, or if you’re facing a major medical emergency. Otherwise, put all your spare cash (every dollar you can find) toward that next smallest debt. Most people are able to complete this step in 18–24 months, some even sooner!

This step has to be complete before investing. Through our decades of working with thousands of companies and millions of employees, we’ve seen how often debt sabotages the retirement plans of people who invest prematurely. They’re either unable to invest enough because their income is tied up servicing debt, or they treat their retirement savings like an emergency fund. Either way, they’re defeating the purpose of investing which is to make big savings and let them grow for decades.

Remember what we said about the size of the first step? Even though it’s a small sprint to get that initial $1,000 in the bank, it’s a powerful hope builder! Want to guess what strengthens that sense of hope even more? How about growing the same account enough to let you pay for almost any emergency life throws at you? That’s confidence!

In step two, you said goodbye to credit cards. Now say hello to major margin. We’re talking three to six months’ worth of margin. Imagine the impact of knowing no matter what life throws at you—whether it’s a layoff, a totaled car, or an urgent home repair—you’ve got enough money in the bank to pay for it on demand. No questions asked, and no future payments!

How much time this step will take you depends on a few factors, like whether your household has one or two incomes, or how you earn a living. For example, it might make sense to aim for a three-month fund if both you and your spouse earn a salary. But a single-income family will likely need that full six-month padding. Other situations calling for a bigger fund would include those who are self-employed, people who work on straight commission, or any household where chronic illness runs in the family. It’s safe to say this step could take anywhere from six months to two years to knock out.

Why These Steps Must Come Before Retirement

Looking over those three steps, we know what you might be thinking: How much time will it take me to do this? What if the money I’m putting toward debt and savings means I lose out on growth on my investments in the meantime? Isn’t it crazy to miss out on a company match in a 401(k)? That’s free money!

Here’s the deal. We love it when you can take advantage of a 401(k) match! And we also agree compound interest is the biggest way to build wealth toward retirement. So you do want to get it working for you as soon as possible. But you won’t make much progress toward your retirement with debt hanging around your neck and no buffer for emergencies.

Yes, the three steps we teach people to take prior to investing can feel hard in the moment, but they consistently yield the best results.

Trust us, you can afford to delay investing (and even skip the company match) until you’ve finished the above steps. Here’s why.

If you add up the average times to complete each step, you’re looking at somewhere around two to three years total. If that sounds like a long delay, let’s look at a typical example and see why the pause is worth it.

Say you’re starting from zero in emergency savings and you have $40,000 in student loans to pay off. And let’s say you’re earning $70,000 a year. With full intensity and a willingness to do some extra work, there’s no reason you can’t be debt-free in two years. Then switch that old debt payment amount toward your emergency fund for a few months and suddenly you’re ready to enroll in a 401(k).

Now we’ll admit that it might be hard to pass on, say, a 4% match for those two years. It would have amounted to getting around $5,600 in contributions from your employer in a 401(k). And with an average 12% return over that time, you could end up with a value over $7,000. But that $7,000 in retirement isn’t worth having nearly $40,000 hanging over your neck for ten years. It cripples all your other financial goals and leaves you with no margin for emergencies.

What makes the decision to pause so powerful? You will now be ready to invest in retirement accounts with no payments owed to anyone! Your mortgage (if you have one) is now your only monthly payment, so you’re able to invest up to the widely recommended 15% that will give you the best chance of retiring with plenty to live on!

Kick Debt to the Curb and Build Wealth for Your Future

Let’s be honest—winning with money can be a fight. Sometimes it feels like attaining your retirement dreams is as impossible as slugging a world heavyweight champion in a boxing ring! How will you ever even hit this guy, let alone defeat him? He’s throwing jabs at you in the form of credit card statements and loan balances, just before landing that right hook (your son’s unexpected need for braces). And while you’re battling to survive, the thought hits you, I don’t see how I’m going to get through the next round, let alone win.

Instead of seeing your financial troubles as an invincible 300-pound gorilla, it’s better to think of them as several battles with smaller opponents that you’re going to handle one at a time. Living in debt and without savings can feel like an endless crisis. But when you see the road to retirement as a series of workable steps, like getting out of debt and being prepared for emergencies, it gives you hope! You start to see the fight in front of you less like an impossible task and more like a challenge you actually want to take on!

Just as you’d have to be crazy to jump into the ring against a veteran fighter with zero training in your background, you’d be foolish to jump into investing without the financial fundamentals in place.

When you’ve taken the three fundamental steps above, you’re thinking like a well-trained boxer who doesn’t bite off more than he can chew! You’re putting yourself through your paces with a starter emergency fund and taking on opponents of your own size and reach with the Debt Snowball Method. Finally, after a number of months (or at most, a couple of years), you have that full emergency fund. With practice and experience, you’re getting stronger!

Now you’ve moved quickly toward bringing your retirement dreams much closer to reality. Once you’re debt-free with a full emergency fund, you’re in a really rare spot—and you’re in the perfect place to begin working seriously on your retirement!

Some people might say that an unknown challenger with zero training taking on a much bigger opponent takes guts. That might be true in boxing. But it’s absolutely crazy in terms of retirement. Be sure you’ve taken the three steps outlined above before you invest. Then, by all means, get busy planning that dream retirement!

Ready to learn more about how your company can experience these kinds of results for your own employees? Click our “Contact Us” button to let us know a little about yourself!