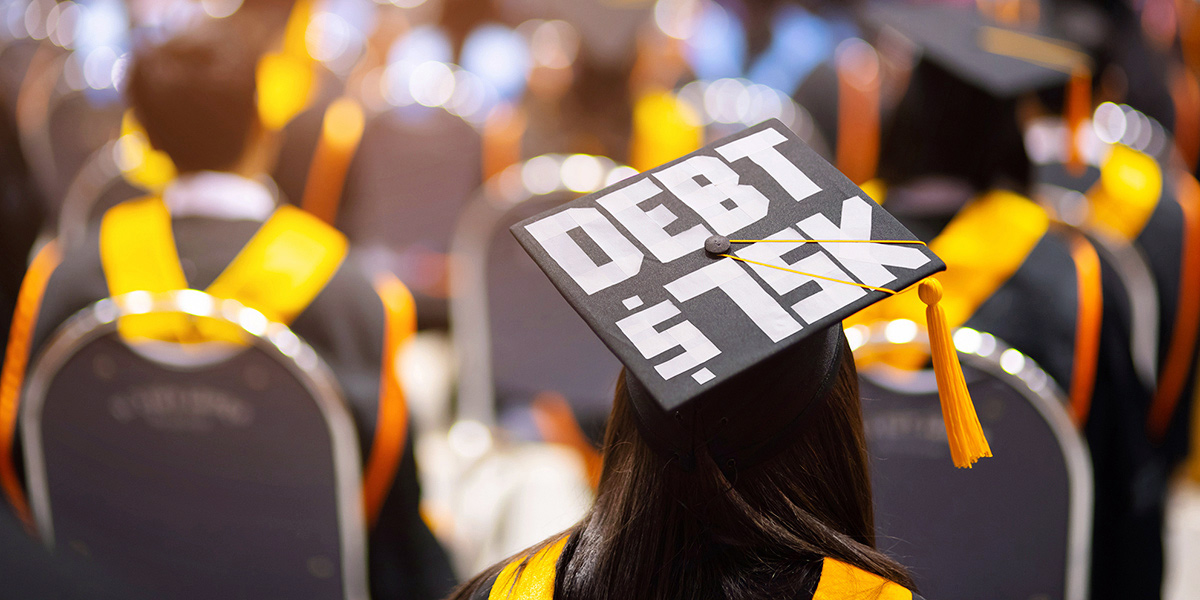 It’s all over the media these days. From politicians to professors, everyone seems to have an opinion about how to help solve the student loan crisis in America. And when you read that student loan debt has now passed $1.5 trillion, you see there’s pretty good reason to be worried.1

Leaders in the HR industry have taken notice of the crisis, and their latest financial wellness offerings are all about helping workers with these loans. It’s having such an impact on hiring that both companies and job seekers are starting to see the concept of helping with student loans as an essential part of a benefits package. All told, 71.4% of workers who have student loans agree that finding an employer who offers a loan refinance benefit would either be “very important” or “somewhat important.”2  To put it bluntly, this issue has recruiting power.

It’s encouraging to see that this issue is getting traction in the workplace. After all, the huge debt load causes plenty of stress for the borrowers—and it has an impact on employees both at home and on the job.

What’s less encouraging is how most wellness programs are addressing it—through some form of refinancing. This isn’t getting the job done! In fact, it often makes the loan situation worse for employees.

If you’re looking for a financial wellness benefit for your business, chances are you have the student loan crisis in mind as something to address. That’s a smart move! But to get a clearer picture of what’s working and what’s not, let’s take a closer look at the hot trend of loan refinancing—and why we think it’s a bad deal for you and your workers.

They may even be willing to take on a higher interest rate and stay in debt longer just to pay less per month. Even worse is the concept of taking on a new variable rate, meaning that the monthly interest payment could rise at any time. Whether it’s a higher fixed rate or a variable loan, your employees are looking at a longer stretch in debt—the absolute last thing you want your workers to have to deal with.

Employees struggling with student loans don’t need help shuffling the numbers on their financial statements—they need serious behavior change! Refinancing might make workers feel like they’ve done something (anything) about the student loan crisis in their lives, but it does nothing to help them take ownership of their money goals.

Good News: Workers Are Paying Off Their School Loans Without Refinancing

As you can see, offering workers the chance to refinance and calling it financial wellness isn’t just inaccurate—it’s downright dangerous! It has the potential to make a bad financial situation worse, and it delays the only thing that can really help: behavior change.

At SmartDollar, we’ve met millions of employees at thousands of companies who achieved real and lasting change with their finances. And that includes many who started the program while knee-deep in student loans!

Josh and Lindsey from Dallas, Texas, are just one inspiring example. When these sweethearts graduated from college a few years ago, they started life together with a lot of hope and a mountain of debt—$122,000 to be exact. As you can probably guess, the majority of that was in the form of student loans. Somehow, those two ingredients (hope and debt) just didn’t mix well. Josh and Lindsey both knew that unless things changed dramatically, it would be hard to keep the hope alive.

Today, their hope for the future is stronger than ever, because they’re totally out of debt! The real change in their prospects began when Josh’s dad recommended that he listen to some programs from Dave Ramsey. Dave teaches everyday people how to take control of their money by emphasizing smart money habits like budgeting, saving and debt elimination. As those lessons were clicking in Josh’s mind, his employer announced they were rolling out SmartDollar as an employee benefit! It applies Dave’s same no-nonsense approach to financial wellness.

It wasn’t long before Josh shared the digital lessons and tools with Lindsey. Both were excited and on board with the idea of building new habits and changing their financial future!

“I think the growth we’ve seen in our relationship is by far the most profound,” says Josh. “I think that’s the strongest thing, and what we count as the biggest blessing.”

Lindsey recognized the value of the program too.

“What surprised me the most about SmartDollar was the progress we made together,” she says. “How we were able to pick up momentum because we were working together and were on the same page as we were talking about it.”

Now, the couple have a complete plan in place. With their student loans a distant memory, they are completely focused on monthly budgeting and investing in their long-term dreams. They’ve moved from crisis living to the experience of real hope.

Want to learn more about how you can help employees solve the student loan crisis and deliver real financial wellness to your people? Of course you do! Get the Financial Wellness Toolkit today!