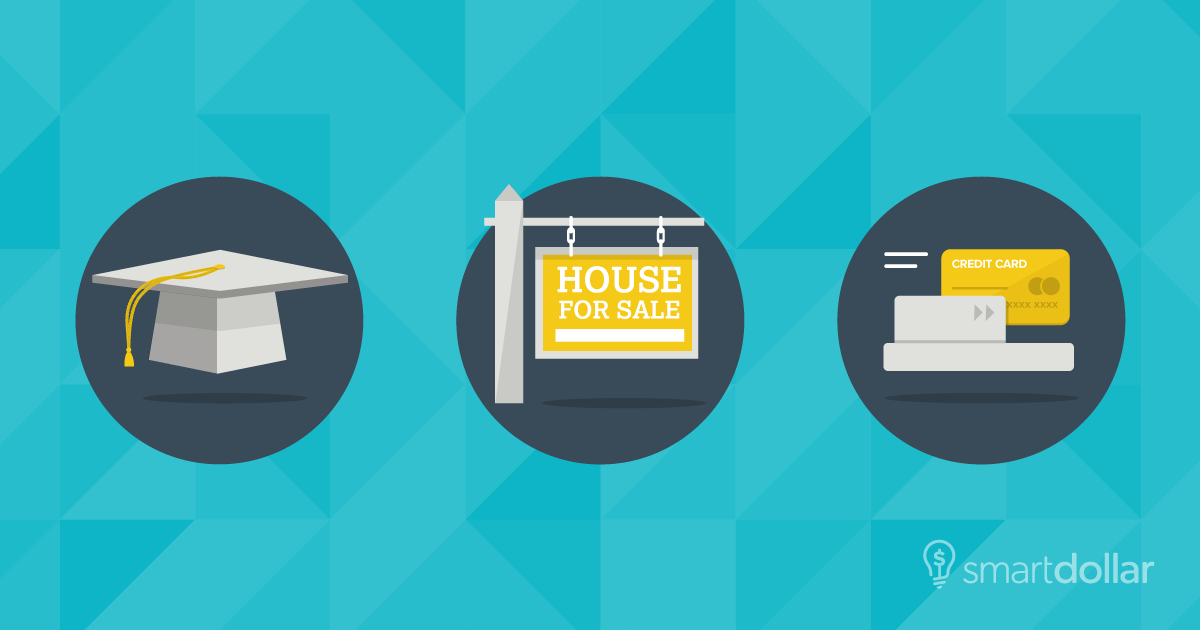 The 2000s gave us High School Musical, the iPod and the movie adventures of Jason Bourne. But not everything about the decade made us LOL.

The housing bubble popped after we bought overpriced homes. We spent more on credit cards and college than ever before—and those weren’t our only mistakes with the “cheddar.” There were a few more.

Check out these three bad money moves from the 2000s.

1. Borrowing Too Much for a House

By 2006, home values in some parts of the country had increased as much as 160%. As a result, we caught housing fever and borrowed at a fever pitch. We got so desperate to purchase a home that we took out huge mortgages we couldn’t afford—usually with subprime interest rates. When we couldn’t make the payments, defaults and foreclosures piled up. The number of foreclosures jumped from a little more than 1.5 million in 2007 to 3.5 million in 2009. It was cray-cray.

The average credit card debt went from $8,000 in 2001 to more than $13,000 by 2009. Those higher balances also meant you paid more interest. It was even scarier for people whose incomes dropped because of the Great Recession—minimum payments caused maximum stress to someone with a lower paycheck. No amount of airline miles was worth being in that kind of mess.

In the 2000–01 school year, people borrowed a little less than $400 billion for post-secondary education. By the 2009–10 academic year, the amount was almost $1.5 trillion. People who took out huge college loans found it takes a really long time to pay them back. That’s why they are still trying to get rid of school debts from the “Bush v. Gore” era.

Being smart with money doesn’t depend on the decade—it depends on your daily decisions. Make a budget, don’t use credit cards, and save money for emergencies and retirement. That will make your financial situation turn out pretty sweet, even if you’re a newbie with money.