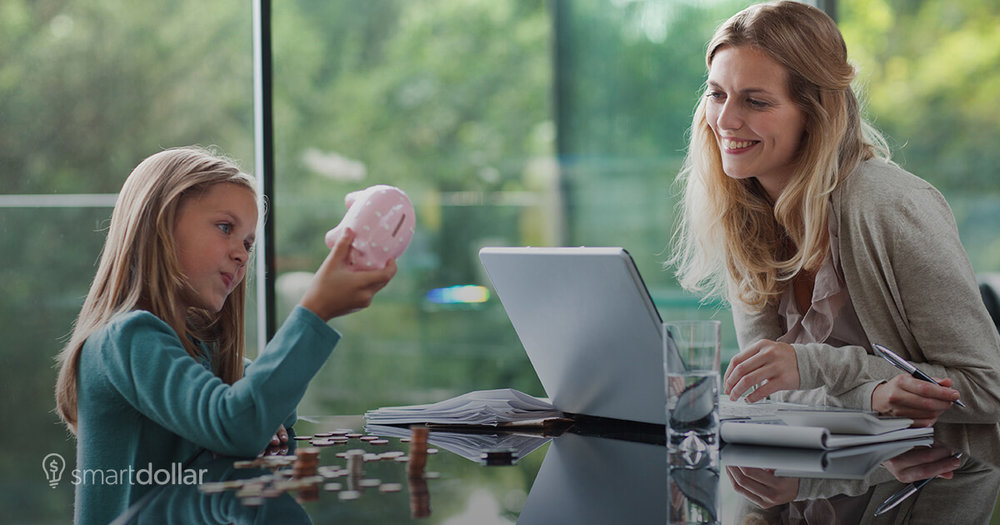 Money anxiety has long been a major stressor for Americans, and a new poll from the American Psychological Association confirms it’s still the main cause of stress nationwide. (1) But would you have guessed it has a larger effect on women than men?

The same study shows it’s more often a “significant source of stress” for women than men, with 68% of women agreeing versus just 61% of men.

How do men and women feel about financial security versus material wealth? The 2017 Charles Schwab Modern Wealth Index survey indicates that women would rather feel secure about their money than have luxuries. (2) And when surveyors asked women to choose between never having to worry about their financial future or having the ability to buy anything they want, 84% said they would opt for peace of mind. Some men agreed, but women were 8% more likely to lean toward financial security.

Taken together, those facts point to something experience confirms: when couples hear about our advice to save up three to six months’ worth of living expenses in an emergency fund, wives are more likely than husbands to vote for the six-month end of the spectrum. And it also helps you to understand more about how women are likely to feel while working from Baby Step One (the starter emergency fund of $1,000) to Baby Step Two (paying off all debt) to perhaps her favorite Baby Step Three (that big, beautiful and full emergency fund).

Focusing on the peace of mind you can both experience when you hit Baby Step Three may go a long way toward helping you and your spouse to have more peaceful budget committee meetings!

When you’re first starting out to get to a healthy place with your money, small wins are essential to your success. That’s why we advise everyone to begin by saving up a starter emergency fund of $1,000 as fast as possible. For many people, knocking out Baby Step One is the first time they’ve ever seen a four-digit bank balance anywhere!

Next comes the series of small wins you feel as you knock your debts out from smallest to largest using the Debt Snowball method. Reaching a place where you’re debt-free is an awesome feeling and creates powerful unity in a marriage. For many couples, finishing Baby Step Two gives them a sense that they’ve turned a major corner in their journey together.

But at that point, your emergency fund should be giving you a funny feeling—the feeling you need to do more. It may show up as concern, hope, or just an itch to save. However that feeling hits you, you need to act on it! Why? Because it’s rooted in the reality that emergencies really do happen—big ones! Everything from hospital bills and broken-down hot water heaters to totaled pickup trucks. And when they strike, the absolute last thing you want to do is go back into debt to pay for them. After all, you worked way too hard on your Debt Snowball to start borrowing your way through life again.

How Big Does the Full Fund Need to Be?

Well, as we mentioned before, you’ll want to save up three months’ worth of living expenses at the very least. That might sound fine to you, or it might sound low. Chances are, your spouse will lean one way or the other. Plan to talk together about how big it should be, and be willing to flex in their direction. That’s especially good advice if they’re asking to push the emergency fund higher than you want, because you can never go wrong with a six-month fund.

Here are a couple of other factors that could make a six-month fund a better choice for you:

What’s the Definition of a Month’s Worth of Living Expenses?

This is pretty simple. What would it take for you to live for a whole month if you suddenly lost all of your income? This means all the basics like:

Then you multiply that by three, four, five or six depending on what you and your spouse decided together. For most people, this fund is going to range from $5,000 to $25,000.

What’s the Reasoning Behind the Three- to Six-Month Dollar Range?

The basic idea here is that when something awful happens like a sudden job loss or onset of illness, you won’t be able to snap your fingers and replace your income. You’ll need some time—not only to rest and think, but also to pursue a new plan going forward. And your ability to do that will be greatly enhanced if you have a big cushion in place between yourself and the bills. In case you’ve never heard, those still come due no matter how painful life becomes.

Having a big, full emergency fund can do you and your spouse a world of good. When you’ve completed this step, the news just gets better and better. You’re not only debt-free and protected from emergencies, but you’re also now in a position to begin investing in your future! Think about the possibilities!

Log into SmartDollar to learn more about building up a healthy emergency fund. Take the online wellness assessment to find out where you stand today! If you’re interested in bringing SmartDollar to your organization, click here for more information.